On the 15th of January the Pound hit the lowest point of the year. That was the day that Theresa May announced her intended approach to the Brexit negotiations. What we had was a before and after wobble. Leading up to the announcement the markets were worried about how the plans were going to be recieved.

Immediately after the announcement you could wipe away a lot of the unknowns and financial planning decisions were easier to make. From that moment on the Pound has been regaining some of its value and that has been good for those that are looking to go away next week for the school half term or for the upcoming Easter long weekend.

There are daily Brexit stories at the moment but they are not having that great an effect as it is almost taken at read that MPs will not block anything and despite a lot of noise and arm waving they are doing nothing. Theresa May is asking Europe for almost nothing, MPs are doing almost nothing and there is a fair chance that they may achieve what they ask for and even if that fails then the default position is that we get nothing in the way of enhanced trading terms. This is not getting the markets excited.

Over the water (any water it doesn’t matter which direction you take) we have Trump tearing up trade agreements, upsetting major trading partners and facing legal challenges. In France Marine Le Penn is in a stronger position because of her rival’s (Macron) discomfort and One of the favourites for the Russian presidency (Alexei Navalny) has been found guilty of embezzlement. Lots of news and lots for the markets to wildly speculate about and bet against. 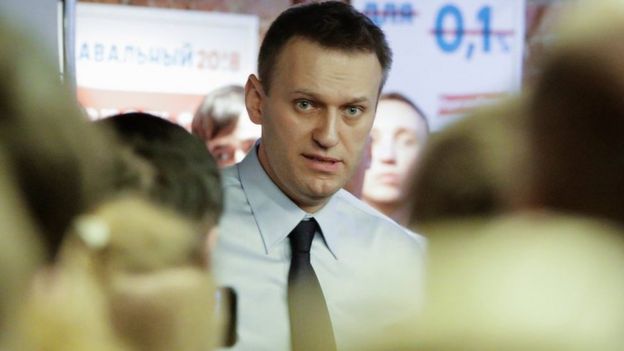 Alexei Navalny has been found guilty of embezzlement

Right now we are not the centre of anyones’ world and as such the Pound has been slowly recovering.

In my opinion this is the calm before the storm looming next month. What I hope will happen is that once Article 50 is activated then all uncertainty is gone and the Pound should recover strongly. Here is wishing!