Should I buy euros now while the exchange rate is good? 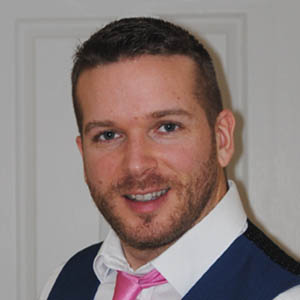 The euro rate is hovering around a 6-year high with exchange rates ranging from 1.14 to 1.19 euros to the pound based on our comparison of 17 UK currency suppliers.

You can see today's latest euro rates and compare the best deals on our euro exchange rate comparisons page.

Should I buy euros now or wait until later?

No, we didn't either until a few weeks after it happened. That's the trouble with fluctuating exchange rates; it's virtually impossible to predict when the best rate will appear.

What we can say with more confidence is how the euro rate looks today compared to the recent past, and whether it makes sense to buy some euros now based on current performance, or wait a little longer in the hopes of getting a better deal.

This is what the euro has been doing since June 2016: The chart shows us that the euro rate has been increasing steadily each month since April 2021. In fact, right now the euro rate is almost exactly the same as it was just before the first UK coronavirus lockdown in February 2020.

Of course the rate could creep higher over the coming weeks and months. There are many variables at play in determining the GBP/EUR exchange rate and I'm not a currency analyst so I won't pretend to have any meaningful insight. Instead I'll report what a few experts think:

Where is the best place to buy euros?

When it comes to buying euros, 'where' can be more important than 'when'. There can be a significant difference between buying euros online and buying in the high street, even among currency suppliers that offer both options. For example, the Post Office and many supermarkets will offer a lower rate if you walk in to their store and buy over the counter compared to if you had reserved your currency online with them first.

The golden rule is: always check to see if you can buy or reserve your currency online first, never turn unannounced and buy over the counter unless you have no choice.

So, who has the best euro rates? From best to worst:

Half now, half later

Ultimately, unless you're buying upwards of £10,000 worth of euros, the daily exchange rate fluctuations won't make a huge difference to the amount of currency you'll end up with so there isn't much upside to waiting longer for a better deal.

If you have time before you travel and want to maximise your chances of getting the best exchange rate, you could buy half of your euros now and the other half just before you need them. That way you'll still lock-in today's good exchange rate whilst also leaving yourself open to a potential increase (or decrease) in the future.

Dan is the Technical Director of Compare Holiday Money.