Croatia has adopted the euro 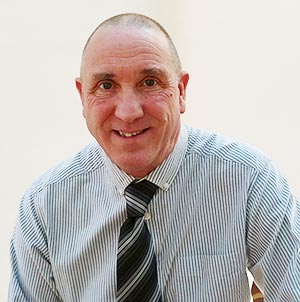 On the 1 January 2023, Croatia became the 20th member state of the European Union (EU) to formally adopt the euro as their official currency. The euro has replaced the kuna which had been in circulation since 1994.

Transitioning from Croatian kuna to euros

The move marks the end of a 10-year transition period during which the Croatian government have been fulfilling the EU's conditions for adopting the euro - known as 'convergence criteria' – which included updating the country's national legislation in line with EU law, stabilising exchange rates and optimising public finances.

For the past five months, businesses in Croatia have been asked to display prices in kuna and euros to help with the changeover, and the Croatian Central Bank produced an app that allows users to quickly convert between the two currencies.

From 14 January 2023, the euro to kuna exchange rate will be permanently fixed at €1 = 7.5345 kn and kuna will cease to be legal tender in Croatia, although old banknotes and coins can still be exchanged at all major banks until at least 2025.

Early reports suggest the changeover has progressed well. A survey by the European Commission published on 6 January 2023 found that 51% of cash payments in shops were already made in euros, and that no major problems had been reported with queues or at tills.

The survey also found that:

Croatian kuna in the UK

Most foreign exchange providers in the UK have stopped buying and selling Croatian kuna.

Damian George at Travel FX told us: "Croatian kuna is impossible to get rid of now bar in Croatia - we are no longer buying or selling for that reason as we have no means to exchange it".

David Warwick, Commercial Director at eurochange confirmed they had stopped selling Croatian kuna but would continue to buy it back from customers "for as long as [we] can sell it back to our providers".

David added that he didn't expect any issues for the first few months of the year; however when we checked the eurochange website on 10 January 2023, they were not listing Croatian kuna on their buyback page or providing a buyback rate.

If you're heading to Croatia, our advice is to buy euros instead from now on and make sure you're not given kuna as change for any transactions because you'll find it difficult to exchange back once you return.

Graham is the Business Development Manager at Compare Holiday Money.